'FREE THE COPTS' by The Australian Coptic Movement Association

Eight months in the making, The Australian Coptic Movement Association is pleased to announce the release of ‘Free the Copts’, a book written from the perspective of authors, politicians, clergy, activists and community members detailing the Copts, their culture, community and persecution.

‘FREE THE COPTS’ comes at a time when Egypt is at a crossroads following the revolution which was hijacked by the Muslim Brotherhood in Egypt. Protests continue to rock the nation and the largest non-Muslim minority population in MENA region is bearing the brunt of the power vacuum left after the fall of a repressive regime.

From the back cover:

‘On 1 January 2011, a bomb blast outside a Coptic church in the Egyptian city of Alexandria kills dozens of Copts attending New Year services. Media outlets from around the world replay footage of the carnage. Threats are made against Copts worldwide. Angered, anguished, and defiant, Egypt’s besieged Copts flood the streets and clash with police in Alexandria and Cairo.

Twenty-five days later on 25 January 2011, Egypt’s revolution begins and the events, once again, capture the international community’s attention. But this time the world watches with inspiration, as the Egyptian people seek to topple a dictatorship.’

To grab your copy now and support a great cause, you can find ‘Free the Copts’ on both paperback and e-book on Amazon.

For media inquiries and bulk orders, please contact us at info@auscma.com.

We would like to thank the following individuals who have generously given their time to contribute to our book ‘Free the Copts’:

2. ‘The Copts, the West, and “symbolic annihilation” ‘ by Peter Day, Author & Former Correspondent for The Australian.

4. ‘Religious freedom in Egypt: Recommendations for US policy’ by Dr Katrina Lantos Swett, Chair of the US Commission on International Religious Freedom (USCIRF).

5. ‘A letter to the Coptic people’ by the Hon. Philip Ruddock, Federal Member of the Australian Parliament, Electorate of Berowra & Former Attorney General and Minister for Immigration.

8. ‘Coptic struggle for equality in Egypt: Now a struggle for survival’ by Vickie Janson, Author & Politician.

10. ‘What is in a name?’ by Dr Moheb Ghaly OAM, Specialist Surgeon.

11. ‘Building a new pyramid for Egypt’ by Nermien Riad, Founder of Coptic Orphans.

12. ‘What to tell them’ by Luke Girgis, Performing Artist.

13. ‘Tribute to His Holiness Pope Shenouda III’ by Ramy Tadros, Editor and Author.

15. ‘A proposal for the revival of Coptic’ by Emile NG Joseph, Teacher of English and Foreign Language.

17. ‘The role of advocacy in the Church’ by H.G. Bishop Angaelos, General Bishop of the Coptic Orthodox Church in the UK.

19. ‘The valuable role of monasteries in preserving Coptic traditions’ by H.G. Bishop Daniel, Bishop and Abbott of the St Shenouda Monastery, Putty (NSW).

20. ‘The transformation of a nation’ by H.G. Bishop Thomas, Coptic Orthodox Bishop of El-Quoia & Mir, Egypt & Founder of the Afora Retreat and Training Centre.

22. ‘Copts throughout the ages—a snapshot’ by Peter Tadros, Spokesperson for The Australian Coptic Movement Association.

23. ‘Forget shades of grey: the Coptic solution is black and white’ by Anthony Hanna, Member of The Australian Coptic Movement Association & Coordinator of the Coptic Professionals Network Australia (C.P.N.A)

24. ‘Seeing it firsthand’ by Ibrahim Messiha, Director of The Australian Coptic Movement. 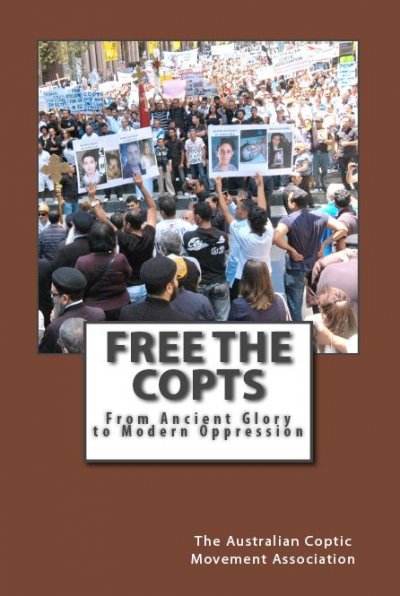