Recent events in Egypt have undoubtedly been the focal point of media outlets this last few days. Whilst Egypt's Interim Government aims to end an era of tyranny of the Muslim Brotherhood and restoring order, Western Media has ignored the ramifications and revenge attacks faced by Egypt and Coptic Christians.

More than 80 Christian Churches and Institutions have been attacked in what is evidently seen as revenge attacks by the Brotherhood and its supporters. Churches, orphanages, businesses, homesteads, personal possessions and even lives are bearing the brunt of these terrorists that are not only threatening national security but are also using the opportunity to commence ethnic cleansing of Egypt's Copts.

Western Media and Governments have turned a blind eye to the truth - the truth that millions of Egyptians across the globe stand in support of the response to a terrorist regime. We have let their supporters in Australia attain and manipulate media attention because we have stayed silent - but only until now.

We are the majority and we will not stand idly by. We will demonstrate that the will of the people is being enacted and that there is no room for Coptic persecution in the ancient and glorious nation of Egypt.

Come out with all your families, your friends and your Australian and Egyptian flags to show the world that we are the voice that discredit terrorism, we discredit tyranny and we discredit those whom aim to bring fascist theocracy not only on Egypt, but all over the world.

The Australian Coptic Movement Association will be finalising arrangements in the coming week with the proper authorities. Our voices will be heard, we will rally peacefully and most importantly, we will be acknowledged by Western Governments, including our own, that this is the voice of the majority - Australia's Voice! 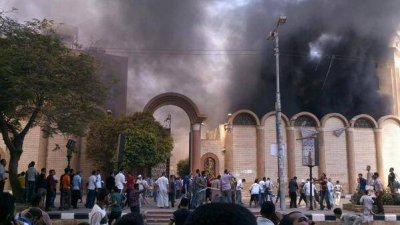 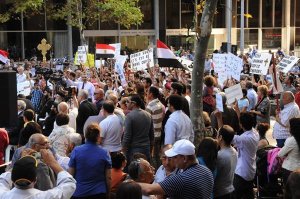 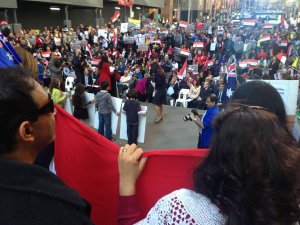 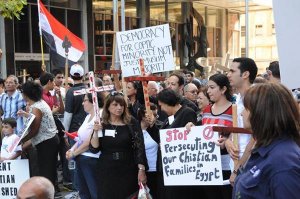